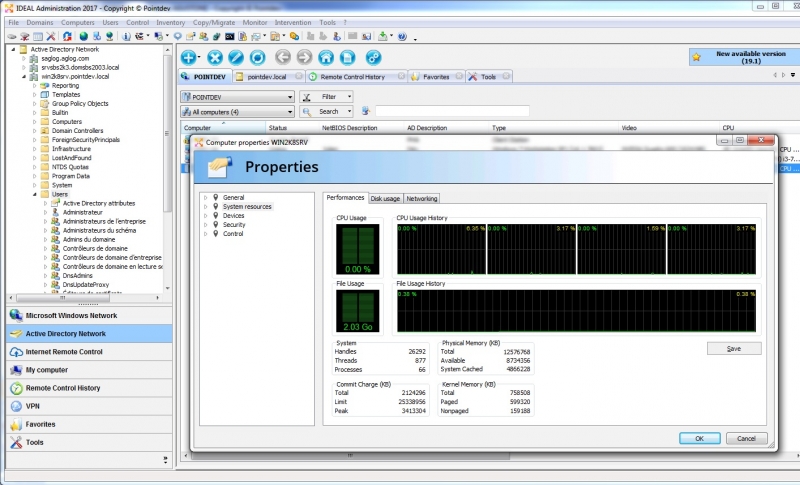 IDEAL Administration simplifies the administration of your Windows Workgroups and Active Directory domains by providing in a single tool all the necessary features to manage domains, servers, stations and users.