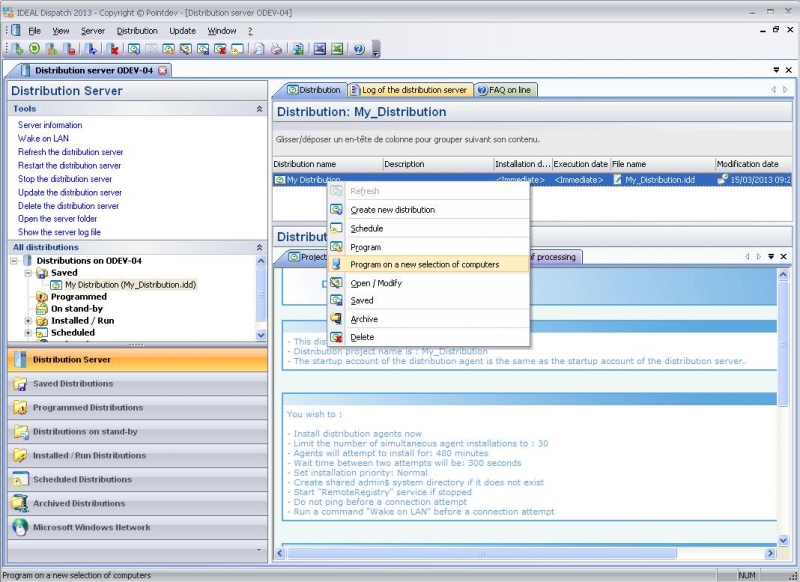 IDEAL Dispatch provides remote installing and uninstalling of software, remote running of scripts and programs, remote actions (view, copy, rename), and much more on your Windows servers and stations.

With IDEAL Dispatch, you can remotely install Windows patches, run scripts and MSI files, uninstall programs, and more on all the servers and client workstations on your network, in Workgroup or Active Directory environment.